Now it came about it a land far away, a long time ago, the sons of Moab and the sons of Ammon, together with some of the Meunites, came to make war against Jehoshaphat, king of Judah.

The message was clear: A multitude was invading.

Your multitude of enemies might be different than mine. But one detail is certain: there is an enemy of your soul who does not want you to continue in your calling.

He will do everything he can to stop you. It might be an overflowing dishwasher, an incessant two year old, a flat tire, arguments over chores, major teenage rebellion, incomplete math assignments, tears over copywork, sibling quarrels, division in your marriage, deep-rooted insecurity in your ability.

This time, the battle is against you, homeschool mom.

King Jehoshaphat was afraid. Greatly afraid of the impending battle.

How did he respond? Gather the troops and distribute the weapons? Run and hide for protection?

No. He turned his attention to God. He proclaimed a fast. He gathered the people together to pray.

When the multitude invaded, Jehoshaphat prayed.

Are You not…God and ruler of everything?

Did You not…Give this land to Your chosen people?

Do You see…That we’re about to be annihilated?

Homeschool Mom, how do you respond when the multitude of problems invades your peaceful homeschool?

Do you defiantly push through and determine that everyone will meet your expectations? Do you hide in the bathroom? Maybe with some chocolate?

Or do you turn to the God of the universe who gave His only Son so that you can draw near to Him?

Stop everything; gather your children; and simply pray. Call for a family time-out and get on your knees. Turn on a worship song and sing until your heart believes the truth you know.

Jesus, I don’t know what to do, but my eyes are on You.

Then in the midst of the assembly of Judah, the Spirit of the Lord came. He spoke through a man named Jahaziel.

“You need not fight in this battle; station yourselves, stand and see the salvation of the Lord on your behalf. For the battle is not yours but God’s.”

Face the enemy. Station yourself. Stand and see your salvation.

If you cry out to Jesus, you too, will hear the Holy Spirit respond to your heart in the midst of your battle.

“You need not fight in this battle; station yourselves, stand and see the salvation of the Lord on your behalf. For the battle is not yours but God’s.”

Face the enemy. Station yourself. Stand and see your salvation.

So King Jehoshaphat and the tribe of Judah rose early in the morning and went to the wilderness.

Who led the army into this battle that wasn’t theirs to fight? The worship team. The priests who sang praises in holy attire.

Sometimes you have to walk into the wilderness. Initiate a hard conversation with that teenager. Calm the temper tantrum one more time. Explain again that sound for that short-vowel. Insist the assignment be completed with diligence.

But as you walk into the wilderness toward the battle field…Keep yourself in order.

What did they discover when they reached the battlefield, that place where defeat was certain?

A battlefield full of corpses. All lying dead on the ground. Not one of the enemy had escaped.

When the people starting worshiping, God intervened on their behalf. He set an ambush among the enemy, and they destroyed one another.

Victory had been won before Israel arrived to the battle.

So what does that mean for us in the midst of a hard homeschool day? Can we just sing a little worship song and everything will magically become easy?

It does mean that our victory is certain because Jesus has already overcome. Victory over your sin. Victory in your struggle. Victory for your children.

II Chronicles 20:30 – “So the kingdom of Jehoshaphat was at peace, for his God gave Him rest on all sides.”

God wants to give you rest on all sides too. Victory is certain because Jesus is always victorious. Lift up His Name. Pour out your heart. Worship Him.

Then take a step toward the battle. Stand and see your salvation. 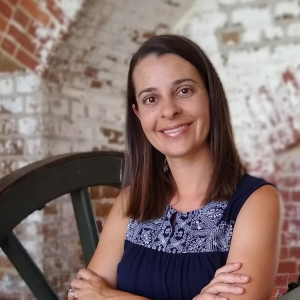 Homeschooling... Seeking rest in chaos... Persevering through chronic illness... Tenaciously worshiping in trials... Clinging to Jesus through it all.

After a decade of homeschooling, I wonder if I'll

What if being still is a prerequisite for knowing

I might have a problem. What are you reading? . #r

Wait. . Is this the story of our entire lives righ

"Restore to me the JOY of your salvation." Psalm 5

No gatherings for worship or fellowship today. Clo


Error: API requests are being delayed for this account. New posts will not be retrieved.